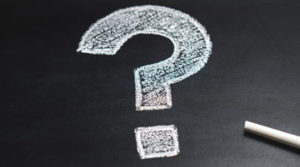 Do you have a question about life, Judaism, Hashem, Torah or any personal matter? In this section you can ask your question and receive a posted reply or read another woman’s inquiry and the response she was given. Either way, you will receive chizuk from this section and if you are ever asked the same question, you will know how to reply.

Be sure to check back every other Sunday as new questions are answered.

To submit a question of your own to the Rabanit for her Weekly Question column, click here

Why Isn’t It Enough for Me to Be a Good Person?

I attended your shiur this past Shabat with a few of my friends and we all enjoyed it. I wanted to ask you if it is all right to simply be a good person without having to be spiritual? In other words, do I have to keep Shabat and eat only kosher? Why isn’t enough for me to be a good person? There are many Jews who keep Shabat but they speak lashon hara and make judgments about people all day long.

Dear Reader,
Thank you so much for taking the time to write and for attending the shiur. You ask a very good question that I hope I will be able to answer in one newsletter. If it is not enough, you’ll have to come back to more shiurim (wink.)

It is not up to us to judge who is better. I believe this is Hashem’s decision to make. But we do have to decide what is right for our own lives. Are minhagim and Jewish practices meaningful if they are not accompanied by kindheartedness? Is goodness missing something if it is humanistic rather than divine-based?

From a Jewish perspective, you cannot have one without the other. Doing the mitzvot without human compassion feels empty, and kindness without spirituality is limited. If someone is able to serve Hashem, eat kosher, keep Shabat but does not act kindly to others, then that his practice of Judaism is dysfunctional. If you really love Hashem, then surely you would love His children! Such a person’s Avodat Hashem is empty.

But at the same time, one who is kind and caring but has no spiritual connection may be a very nice person, but he lacks an important element — and that is the soul element.

From a purely “humanistic” perspective, I am me, you are you; we can love each other, but we will always remain distinct and separate. If I am kind to you, then it is “me” going out of my way to be kind to “you.” But from the soul perspective, we are all one. Our bodies may be separate, but our souls are deeply connected, because we are all part of the One divine source which traces back to Hashem.

All Jewish customs are a way for us to become more sensitive to this soul-reality that unites us. Yes, there are religious people out there behaving badly. But imagine how much lower they would sink if they did not have Torah in their life. And then you have these secular tzadikim – but their kindness would be infinitely deeper if they became more aware of the soul dimension, and practiced the actions that make it real in our lives.

Remember that your relationship with Hashem is exclusive to you and Him, but you are also a part of Klal Yisrael. Your actions effect you and they effect us. Our role as Jews is to behave and to act according to the standards set by the One true G-d who wanted to provide us with the ultimate happiness – and that is, His Torah. If I follow His guidelines, I will learn not only to keep the mitzvot, but to be a better person.

It’s not only important to be good and kind to people – you have to show kindness and goodness the Hashem who breathes life into you every day. Ignoring His Torah because you decided it’s better to be “good” than to observe Shabat is a slap in the face to Hashem who wanted you to keep the Shabat so that you would learn what it means to value your time, to value family, and to honor HIM.

Think about this. And I hope to see you this coming Shabat at the coming shiur.

This website uses cookies to improve your experience. We'll assume you're ok with this, but you can opt-out if you wish.AcceptReject